Airway obstruction may be partial or complete, and present in the conscious or the unconscious person. If foreign material irritates the vocal cords, a protective reflex muscular spasm (laryngeal spasm) prevents the entry of material into the lungs. This may result in partial or complete airway blockage of the entrance to the trachea (windpipe) with the person often making an abnormal noise (stridor) during attempts to breathe. Airway closure due to laryngeal spasm can be complete; in this case there is no noise (stridor) because there is no airflow. That can persist until the person becomes blue or unconscious from lack of oxygen. When consciousness is lost, the spasm usually relaxes.

Typical causes of airway obstruction may include, but are not limited to:

The symptoms and signs of obstruction will depend on the cause and severity of the condition. Airway obstruction may occur gradually or suddenly, and may lead to complete obstruction within a few seconds. As such the person should be observed continually.

In the conscious person who has inhaled a foreign body, there may be extreme anxiety, agitation, gasping sounds, coughing or loss of voice. This may progress to the universal choking sign, namely clutching the neck with the thumb and fingers.

Partial obstruction can be recognised where:

Complete obstruction can be recognised where:

Airway obstruction may not be apparent in the non-breathing unconscious person until rescue breathing is attempted.

A Foreign Body Airway Obstruction (FBAO) is a life-threatening emergency. Chest thrusts or back blows are effective for relieving FBAO in conscious adults and children. The use of abdominal thrusts in the management of FBAO is not recommended and, instead back blows and chest thrusts should be used. These techniques should be applied in rapid sequence until the obstruction is relieved. More than one technique may be needed.

The simplest way to assess severity of a FBAO is to assess for effective cough.

The person with an effective cough should be given reassurance and encouragement to keep coughing to expel the foreign material. If the obstruction is not relieved the rescuer should call an ambulance.

If the person becomes unresponsive a finger sweep can be used if solid material is visible in the airway. Start CPR and ensure medical services are on the way. 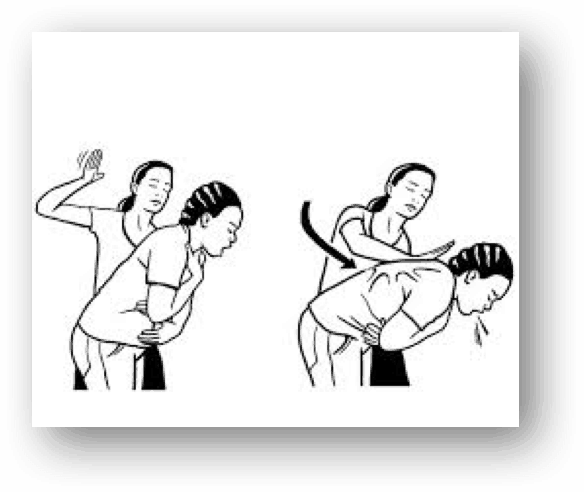 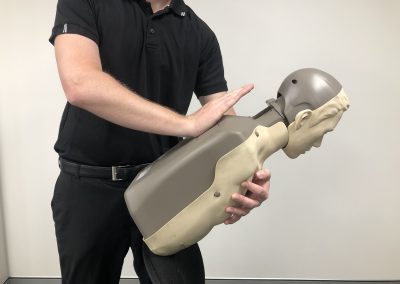 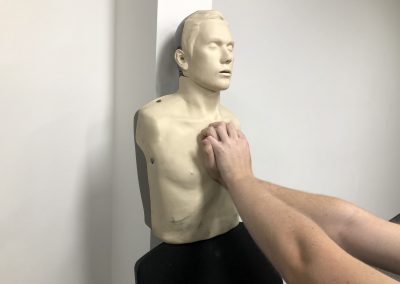 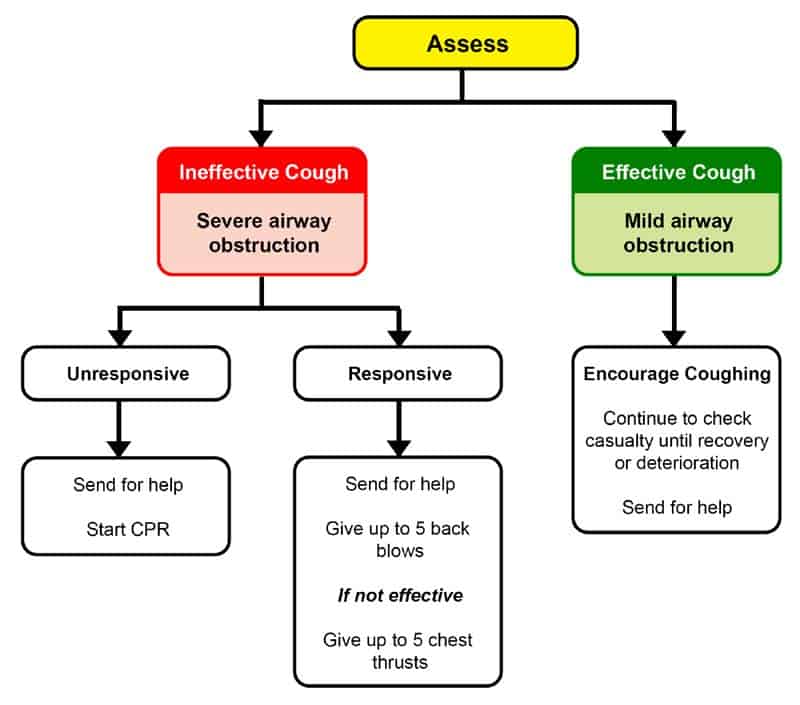